Cold frame vs greenhouse for newbie

I’m learning bit by bit about market gardening and hoping to plant onions and leeks because according to the almanac they’re what’s next.

From my understanding I’m suppose to start these as seedlings and wondering if I can do that with cold frames or do I need a heated greenhouse.

The cold frames are appealing simply because they look simpler to build and don’t use a heat source. But I wonder if that’s not a good place to put energy and money?

I’m mostly learning from books like the market gardener. Though I spent some time interning with my kids but it was years ago and all I remember about seedlings is starting them outdoors without any cover.

Any suggestions, opinions and advice are so welcomed!

Hi there Your cold frame will not likely guarantee minimum night time temperatures and will make the seedlings suffer a lot in the early growth stages due to cold stress which can both hurt the seedlings growth and also fool them into thinking they’re in the second year of their biennial trip through life wherein they will bolt and go to seed. Not for sure but heat is required for most all of these seeds;ings at this stage of the game. My two cents:) Best of luck Alvaro

I agree, even though alliums are cold tolerant, the stress will likely affect their development especially at the seedling stage. Start them in the house and you’ll be able to move them out in just a few short weeks anyway.

If you don’t have an easy heated spot to start them, you may find doing onions from sets rather than seed is a lot less hassle.

In a future year, you could build a hot box which is essentially a cold frame with a base of manure/straw that is not fully composted. The composting process generates heat that would help keep your seedlings warm overnight. But…it’s a bit of an art - can get TOO hot as well, and the temp isn’t easily controlled precisely. Also you’d need to start the process at least a month before you want your seedlings in it so it’s generating enough heat in time. Could be a way to transition them out after starting them for 4-6 weeks inside your house?

One aspect that is discussed in the Market Gardener that also may affect your choice is the wind profile of your farm. Our farm is on top of the Niagara Escarpment and is thus very windy in general. So, if you don’t have good wind breaks in place and your hoophouse/coldframe isn’t super secure, then this can be a liability. We just lost our 70 ft long hoophouse during that last record windstorm. The wind picked it up and slammed it into a tree. Our property has very shallow soil before hitting rock. So, in future, we will probably be putting up a greenhouse structure that is fastened into the bedrock. This probably isn’t a big concern for most, but for our specific location, it is a big factor.

We just lost our 70 ft long hoophouse during that last record windstorm. The wind picked it up and slammed it into a tree.

@beyondorganic What kind of anchorage did you have on it? The bedrock is definitely limiting in the type of anchors you can use. I’ve also seen some very sad examples of tunnels getting whisked away into the sky. Scary, and expensive! Definitely worth a few extra dollars to make sure you don’t lose it during a windstorm.

Sadly, this was a pre-existing structure and I don’t know much about its original construction. I don’t know how old it was, but I saw that they had used wooden stakes to fasten the ribs to the ground. So, I don’t think that they used any meaningful anchoring that I could see. I think we will be either doing a drill + epoxy into the escarpment or doing cement footings. Given that the soil depth is about 2-3 feet there, we may be best to drill and glue. The sad part about this whole situation is that the wind from last year had ripped off the old plastic but the structure was mostly intact. We had that repaired and were eager to use it this year. Apparently, the structure was sound which made it the perfect kite. The wind lifted it right out of the ground, given that it was not attached to anything else.

I don’t know how old it was, but I saw that they had used wooden stakes to fasten the ribs to the ground.

That’s called a kite where I’m from…

Apparently, the structure was sound which made it the perfect kite. The wind lifted it right out of the ground, given that it was not attached to anything else.

Haha, I wrote that before I read the rest of your reply.

The other thing is that as soon as some gusts are expected, it’s really important to close it down and make sure the wind doesn’t get in there and that the rope and plastic is tight all around so that it doesn’t whip in the wind, which can also do some pretty good damage and loosen everything up further.

I would think that if you had 2-3 feet you could get away with some of those bar anchors, although they tend to rust over time. Concrete blocks with chains are pretty strong and inexpensive though. See photos. 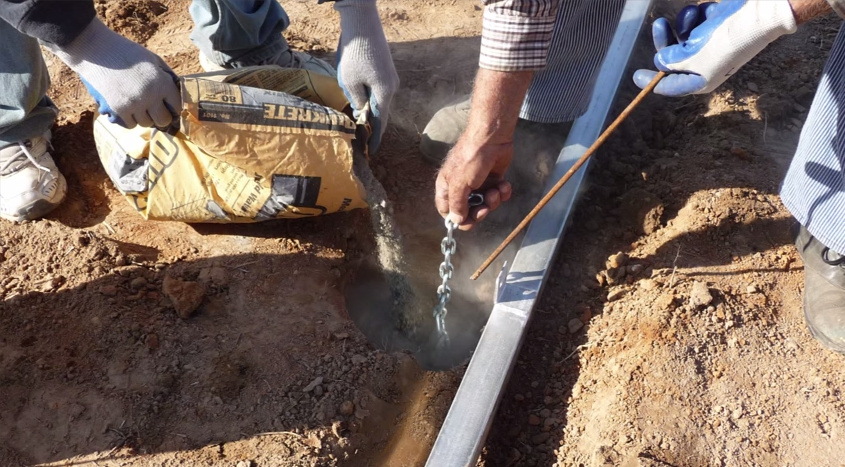 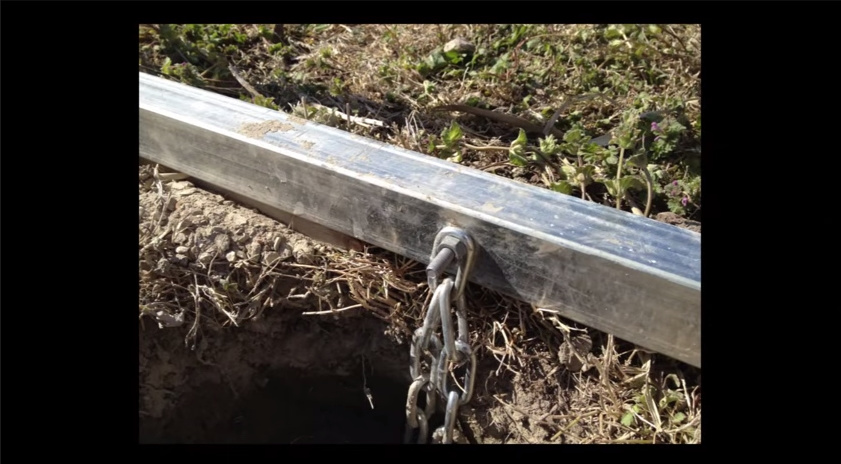 Thanks, @dheraud. You’ve always been super-helpful to me. I appreciate this.

Wow! Those bar anchors look pretty cool. I didn’t even know that was a thing. I’ll definitely look into that.